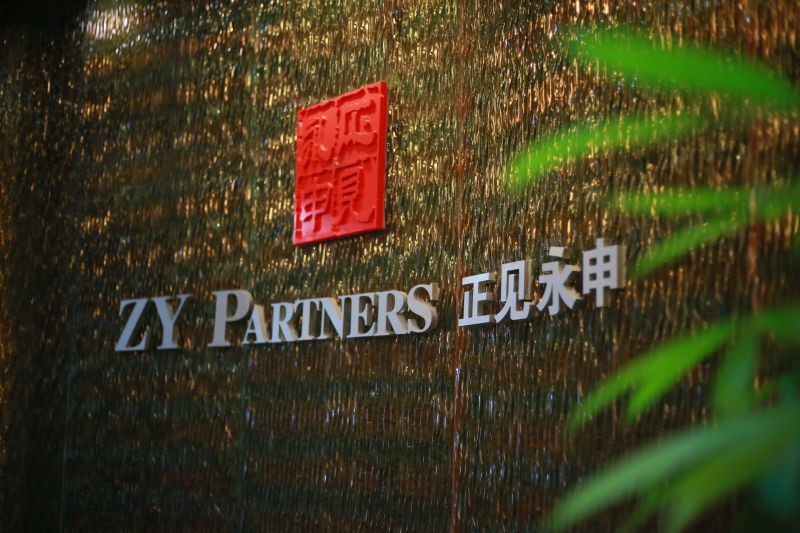 On March 13, 2019, the Beijing Chaoyang District Court made a decision on a high-profile case Jaguar Land Rover v. Jiangling concerning trade dress infringement. This is the first-ever case that a Chinese court grantedt rade dress protection for the shape of an automobile under the Anti-Unfair Competition Law (“AUCL”). Before this case, Honda lost its design patent infringement claims against Shuanghuan, so did Fiat against Changcheng Jingling. During the three-year battle with Jiangling, Jaguar Land Rover(“JLR”) successfully invalidated the design patent for Jiangling’s Land Wind X7 and finally won the unfair competition case. The court fully supported JLR’s damages claims, granted in junction, and ordered Jiangling to make public apologies to eliminate bad influence caused by infringement. This is aground breaking case for western auto companies to enforce their rights in China. This case will encourage foreign car companies to do business in China, and protect their auto designs against copycats via various ways, not only based on patent law but also unfair competition law.

In 2016, JLR sued under the Anti-Competition Law before the Beijing Chaoyang District Court (“trial court”),alleging that Jiangling Holdings Co., Ltd.(“Jiangling”)’s Land Wind X7 infringed on the unregistered trade dress of JLR’s Evoque. The trialcourt recently found in favor of JLR, and it summarized three key issues, including (1) whether JLR has standing to suefor unfair competition when Evoque’s design patent was invalidated; (2) whether EVOQUE is a decoration with a certain degree of influence and whether Jiangling has committed unfair competition; and (3) how to determine the infringement liability.

The court found that one right for one property is a fundamental principal of the property law, but does not apply to any kinds of civil rights.It further held that the exterior shape and features of a vehicle may enjoy multiple intellectual property rights when different requirements are met,and it does not mean that the plaintiff will lose all the other rights when one right, e.g., patent rights, expires.

The court’s reasoning totally makes sense. We all know that the Patent Law and the Anti-Unfair Competition Law (“AUCL”) have different protection scope, different legal interest, and different condition, etc. Design patent protects a esthetic designs of industrial products, and such protection shall end on the date the patent expires. While the AUCL maintains market order and protects against improper business practices by free riding. A plaintiff can always bring unfair competition claims as long as there is free-riding. When a trade dress could signify product source, unauthorized use of the trade dresswill bring confusion among public and disturb market order. Under such circumstances, the right owner has standing to sue under the AUCL, with or without a valid design patent.

The court reiterated the Supreme People’s Court (“SPC”) holding in Ningbo Weiyada Pen Manufacture Ltd. v. M&G Chenguang Stationery Co., Ltd. [the SPC, Civ. Retri. No.16 (2010)]that decoration could be divided into two categories, the “character and pattern” decoration and the “shape and configuration” decoration. Both decorations are protectable trade dress. Therefore, the court found that Evoque, as a “shape and configuration” decoration, is protectable as long as it meets the test of “distinctiveness” and “certain degree of influence”.

Instead of claiming Evoque’s influence from a very general perspective, JLR summarized “five design features” of Evoque’s, i.e. the sloping car roof, the floating car roof, the rising feature lines, the clamshell shaped engine bonnet and the overall contour. Then high distinctiveness and the source identifying function are proved in light of massive fame evidence and online reports.

The court found that JRL established by sufficient evidence Evoque is distinctive with certain degree of influence.

First, the court recognized Evoque’s “five design features” and held that the exterior shape and features of Evoque are so associated in the public mind with JRL that the public distinguishes JRL from other automobile manufacturers by those shapes and features.The court found that “JLR’s evidence on the use and promoting of Evoque proves that Evoque’s shape decoration is a result of unique combination of components such as straight and sloping car roof, all black pillars, clam shell-shaped engine bonnet, rising feature lines, short front and rear hung etc. Such shape decoration has distinctive features that are different from normal vehicles.”

Second, the court concluded, by citing the large numbers of web reviews and articles submitted by JLR such as the review “they are clearly JLR vehicles”under Land Wind X7 relate post. The court stated that “consumers still believe Evoque’s ‘shape decoration’ belongs to JLR even if there is no trademark or trade name signifying JLR; It could be seen that a stable association between Evoque’s ‘shape decoration’ and Evoque & JLR has been established in the market and such association can distinguish Evoque’s source from other manufacturers selling the same kind of vehicles”. The court concluded that Evoque has obtained a relatively high fame and influence in view of the automobile exhibition reports, advertising costs, records of award, sales volume report, etc. submitted by JLR.

Third, the court rejected Jiangling’s arguments that the exterior shapeof Evoque is solely functional, and held that evidence could not prove Evoque’s“shape decoration”is a shape resulting from the inherent nature of the car or giving the car utilitarian advantage.

The court pointed out that designers have a relatively large degree of freedom in designing the overall 3D appearance of a vehicle and layout of each component.Then it found that Land Wind X7 has the same appearance as Evoque and covers all “five design features” of Evoque. Accordingly, the court found that Land Wind X7 did copy the exterior shape and features of Evoque.

The court’s such findings was corroborated by web reviews submitted by JLR such as “the strongest clone version of Evoque”; “almost the same: comparison between Land Wind X7 and the Evoque”; “in terms of similar faces, the first is Land Wind X7 v. Evoque!” and “such a world to put face first, can’t distinguish between Land Wind and Evoque.”

The court fist clarified that the confusion in the context of AUCL refers to“likelihood of confusion”, not actual confusion.

In light of the overwhelming similarities between the overall visual effects of the two vehicles, and numerous Internet reviews, the court determined that evidence is sufficient to show that the public are likely to be confused as to the origin of the car. Defendant’s argument that there is no likelihood of confusion due to the special nature of the automobile industry, and the dissimilarities of the parties’ brand, channel of trade, and price, etc. was dismissed by the court.

It is a little pity that the court did not comment on confusion during driving and confusion in post-sale stage. As we know, vehicles, as transportation tools, will be used for driving after sale. Therefore, once vehicles are sold, especially when they are running on the roads, the public can only distinguish vehicles by their exterior shapes and distinctive features. Under such circumstance, if two vehicles have similar contours and design features, consumers might feel more difficult to distinguish them.

Post-sale confusion has been recognized in a few trademark cases such as the“Adidas” Case (the Guangzhou Intermediate Court, No. 267 GZ. Inter. Ct. IP. Civ. Fin 2014), and the “CONVERSE Chuck” case (the Beijing Haidian District Court,No. 43926 BJ. 0108 Civ. Tri. 2017). In these cases, the courts held that once consumers purchased and wear the infringing products, the tiny marks on shoes will often be ignored or will not be clearly distinguished. In such situations, consumers can hardly tell whether a shoein walking is authenticated or counterfeit. We believe the doctrine of “post-sale confusion” should also be applicable to unfair competition case. It especiallytrue that the public can hardly distinguish vehicles in movement.

As we discussed in previous posts, in precedents, high amount of damages require endeavors in evidence collection and precise calculation of “defendant’s gains”, e.g., solid data, including profit rate, unit price, sales volume, and strategic damage claims. In those precedents where the court granted high damages, although most plaintiffs figured out the profit rate, unit price and sales volume of the defendant, they did not calculate damages by simply multiplying these numbers. This is because in most cases, the sales volume and profit rates may not be precise even if a plaintiff tried his best to collect evidence. Therefore, courts rarely granted damages based on a plaintiff’s calculated numbers, deeming those numbers in accurate. Plaintiffs usually figure out a high damages by multiplying the sales volume and profit rate, and onlyask for a relatively low amount to win the court’s support.

This is exactly what JLR did in the present case. To support its damages claim, JLR submitted considerable evidence such as statistics from authorities to prove the profit rate, Jiangling’s official online release to prove the sales volume, and then strategically claimed a damages of CNY 1.5 million. The court admitted JLR’s damage evidence and fully supported JLR’s requested damages. Based on the minimum unit price and sales number provided by JLR, the court calculated Jiangling’s infringing profit. The court held that Jiangling’s ilegal profits far out number JLR’s requested damagesin light of the time duration of the infringing acts, the role played by the accused vehicle shape trade dress during sale, the sale scope of Land Wind X7, the fame of the Evoque shape trade dress, etc. Given the above, the court fully supported JLR’s damages claim.

It is not easy to protect the shape of a vehicle under the AUCL. It depends on the reputation, distinctiveness, design features, and similarities of the two vehicles. Amanda Beaton, Global IP Counsel at JLR, said that “Jaguar Land Rover takes the protection of its intellectual property very seriously. We invest significantly in the design and engineering of our products together with our brand and did not feel that this action by Jiangling could go unchallenged. This was necessary in order to protect our consumers who have already purchased our products and the public as a whole. We are of course pleased with the judgment of the Beijing Chaoyang District Court. The Chinese court has sent a clear message that unfair competition will not be tolerated. This decision further strengthens our confidence in investing in China and will encourage other businesses like us, to continue investing in this very important market.”

JLR v. Jiangling is a landmark case worth further discussion.